We would like to offer our sincere support to anyone coping with grief. Enter your email below for our complimentary daily grief messages. Messages run for up to one year and you can stop at any time. Your email will not be used for any other purpose.

Share a memory
Obituary & Services
Tribute Wall
Read more about the life story of Bruce and share your memory.

The Mississippi Gulf Coast lost a legend (in our minds) in the wee hours of Saturday, January 14, 2023 at Singing River Hospital in Pascagoula. Known as The Crabman across Jackson County (and beyond), Bruce Wayne Maghan, Sr. – age 83 – was a teller of tall tales who never met a stranger.

Born on April 1, 1939, in Washington, D.C., he was an April Fool from the day he arrived as the youngest child of George Glendon Maghan, Sr., and Anne Lorna Ellis Maghan, both originally from Deerwood and Brainerd, Minnesota. The antics and adventures shared by Bruce and his older brother, Jesse, while growing up surely made their parents wonder how the two made it to adulthood. Bruce graduated from Washington-Lee High School in Arlington, Virginia in 1957, where he excelled as a member of the rowing team. He then joined the United States Marine Reserves, graduating from Boot Camp at Paris Island. Upon deciding that a marine biologist was what he wanted to be when he grew up, he followed the advice of his sister-in-law, Carolyn, and hitchhiked his way to Hattiesburg, Mississippi, where he enrolled at the University of Southern Mississippi (USM).

At USM, he met the love of his life, Sara Jean Johnson, in a comparative anatomy class (no, we aren’t making this up). A sure sign of the not-quite-right humor that permeated their 59-year marriage, she called him by the wrong name for the first two months of class … thinking his name was Lewis, but he didn’t correct her until she figured it out on her own. And yes, she still actually agreed to marry him.

While he started out as Dirty Dan the Oyster Man, he has been known as The Crabman for so long that we can’t remember when the name first started. He spent his career in the seafood industry along the Mississippi and Alabama Gulf Coasts, starting with U.S. Fish & Wildlife, where he published two papers – a Gulf of Mexico Shrimp Atlas and The Mississippi Oyster Industry. After leaving government work, he opened his own seafood market and restaurant, worked for various seafood processing companies and on shrimp boats, opened his own seafood distributorship, and finally opened a small processing company that produced the best marinated crab claws known to man (and woman).

His proudest accomplishments were his wife not getting tired of his antics and staying married to him for just over 59 years, being the Papa of his son Bruce, Jr., and daughter Kay Marie, and being PopPop to his three grandsons, Conor Maghan, Aidan Maghan and Daley Maghan. One of his greatest honors was receiving a letter from the family of a commercial fisherman in the Carolinas who died in a fishing accident telling that Bruce’s poem about commercial fishermen, titled “Futility,” was found in his belongings. This experience led him to eventually publish a book of his poetry.

Known for his standard fishing captain’s cap with a silver crab pin on the front, you didn’t have to know Bruce to know OF him. He lived life full-throttle with the gift of making people want to talk to him and hear his stories. Most of them were based at least in some truth, we think. You honestly just could not help but like him. He was known for his “wise” sayings on topics ranging from dating (“Never wait on a man – or woman – or a streetcar; there will be another one along in a minute”), the importance of a good education (“The day of the dummy is gone forever”), safe driving (“Keep it between the ditches and the rubber side down”), the process of aging (“What you see is what’s left”), encouraging military service (“The Marines are looking for a few good men/women”), his thoughts on leadership and getting things done (“Most times the best man for the job is a woman”), and when something he tried didn’t go right (“Well that was a typical Maghan venture”).

Like a cat with nine lives, he survived many things in his 83 years that often made family and friends shake their heads in disbelief – a rifle held under his chin during a revolution in Panama, barely missing being caught up in a gang turf war in Trinidad, multiple car wrecks including one involving a van going air-born and exploding a mere minute after he cut himself out of the seatbelt and escaped, falling off a roof (twice), a bout with cancer in his mid-70s, and a coyote mistaking him for a turkey (because he apparently had some stellar turkey calling skills) that landed him with a round of rabies shots.

The family will hold a private burial at a family cemetery in Jones County, Mississippi – his favorite “Free State of Jones” – where he will rest next to his in-laws. A Celebration of Life will be held in Pascagoula on his birthday, April 1, for family and friends to gather and share stories because he was adamant that he didn’t want anything sad and sappy. Details for that event will be shared by the family in the coming weeks.

In lieu of flowers, the family encourages those who loved The Crabman to consider contributing to a military/veteran organization of your choice. The family would also like to receive your favorite photo, memory, saying or story of him so they can create a memory book of his antics and adventures to keep – those can be emailed to kaydeeree@gmail.com.

This husband, Papa, PopPop and everyone’s Crabman was a man you wanted to know, with a heart of gold, a legit Irish temper, very little patience, a secret gift of writing poetry,  a mind full of endless ideas, and an amazing sense of humor who looked after his neighbors and smoked turkeys, hams and pork loins at the holidays for the mail lady, the garbage truck crew and so many others. We will miss him immensely and know – as he used to tell all the “Blanches” he ever met – “our lives will be a complete and utterly uneventful waste of time until we see you again.”

To send flowers to the family or plant a tree in memory of Bruce Wayne Maghan, please visit our floral store. 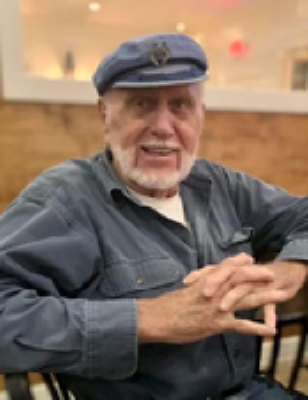 In Loving Memory Of

Look inside to read what others
have shared
Family and friends are coming together online to create a special keepsake. Every memory left on the online obituary will be automatically included in the book.

In Loving Memory Of

Look inside to read what others have shared

Family and friends are coming together online to create a special keepsake. Every memory left on the online obituary will be automatically included in the book.

You can still show your support by sending flowers directly to the family, or by planting a memorial tree in the memory of Bruce Wayne Maghan
SHARE OBITUARY
© 2023 O'Bryant-O'Keefe Funeral Homes. All Rights Reserved. Funeral Home website by CFS & TA | Terms of Use | Privacy Policy | Accessibility